Helping seniors go digital has been a rewarding experience for Wei Hao. Read his story and find out how he went the extra mile for a CPF member.

Singapore’s ambitious Smart Nation initiative is all about harnessing technology to stay ahead. As a nation fuelled by digital innovation, we as citizens are encouraged to readily embrace emerging technology. While this technological advancement brings about a great deal of convenience, especially in tasks like paying bills and ordering groceries online, some seniors may feel overwhelmed by the barrage of information that accompanies it. Terms from the digital age, for example “browsers” or “dropdown menu” may confuse them, while concerns about fraud deter many from using everyday conveniences like online banking and digital payments.

As a result, seniors sometimes forgo the convenience that technology provides. How do we ensure that they can keep up with rapid digitalisation, especially when it comes to managing their retirement? Hear all about how Wei Hao, our Customer Service Executive, helped a senior, Mr. Kim, adopt technology to withdraw his retirement funds from CPF.

Thanks for agreeing to this interview. Let’s start off on a fun note. Tell us more about yourself – what are your hobbies?

In my free time, I love riding my motorcycle around Singapore. One place that I really like is Tanah Merah Coast Road, which is a long stretch of road that I find very peaceful and quiet. When I’m not riding around Singapore, I’m building my collection of LEGO models. I’m a Star Wars fan, and my favourite model is the Millennium Falcon. That took me almost three weeks to build, and it weighs about 10 to 11kg! 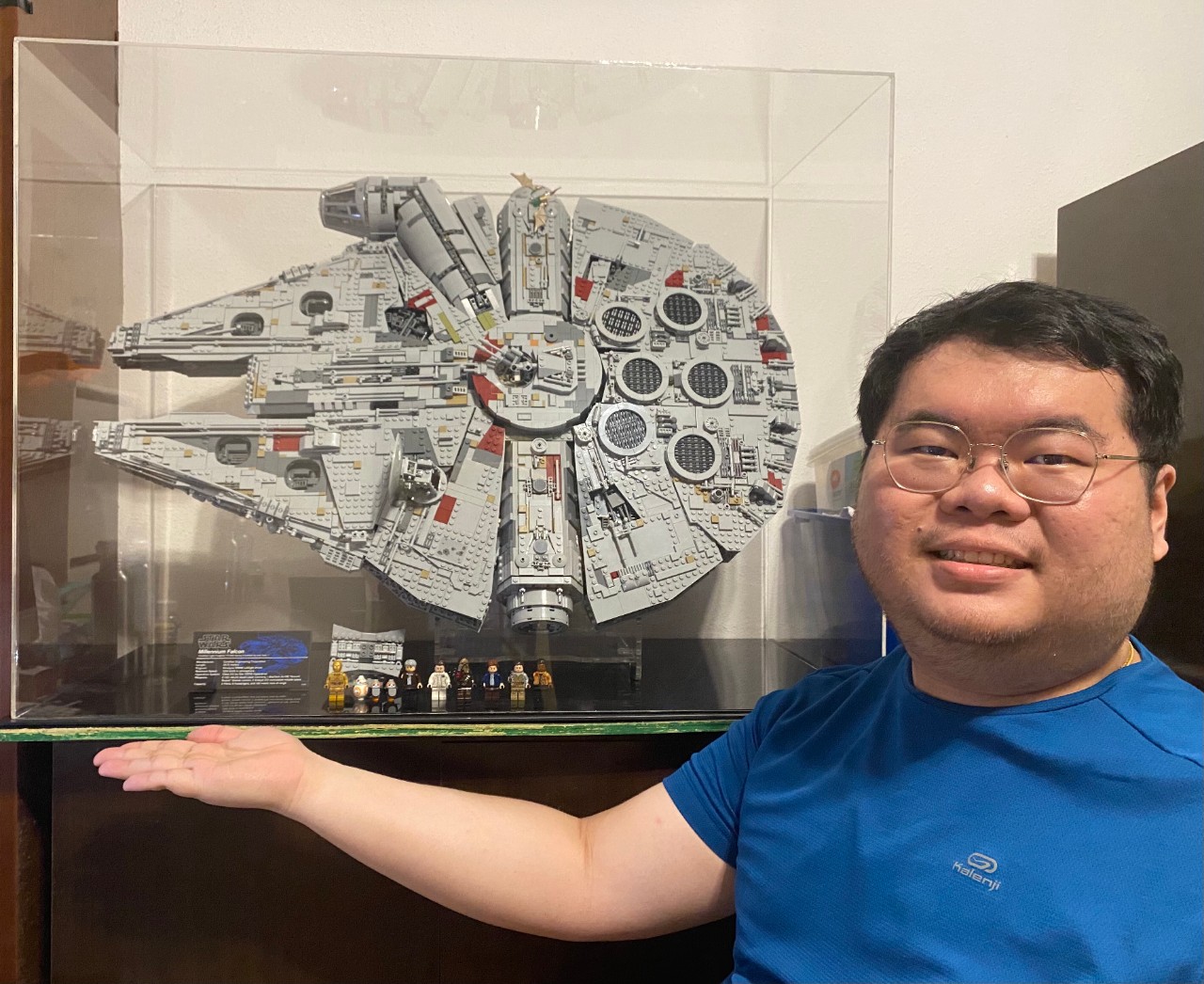 Wei Hao with his LEGO model of the Millennium Falcon.

How long have you been working at the CPF Board as a Customer Service Executive, and what are some reasons that motivated you to take up the role?

This year marks my fifth year at CPF. Before my NS days, I worked 6 months as a temporary employee at the CPF call centre. CPF Board has a very pleasant working environment and my colleagues were friendly and approachable.  While it’s my job to help members, there’s an unspeakable joy and a sense of achievement when members call me back just to thank me for helping them with their CPF or government payout matters. After I completed my NS, there was a job opening in the department, so I tried out for it and got the job!

What is a typical day like for you as a Customer Service Executive? What is your favourite part of the day?

I spend most of my day answering incoming calls from members who have queries. If I’m not answering incoming calls, I’m returning calls to members who write to us with their queries and requested for callback or made appointments via Callback@CPF. It’s very encouraging when members get their questions or issues resolved within one call and develop a better understanding of CPF schemes. Especially at the end of the call, when they mention that they’ve gained more clarity on making decisions that impact their retirement, housing and healthcare. 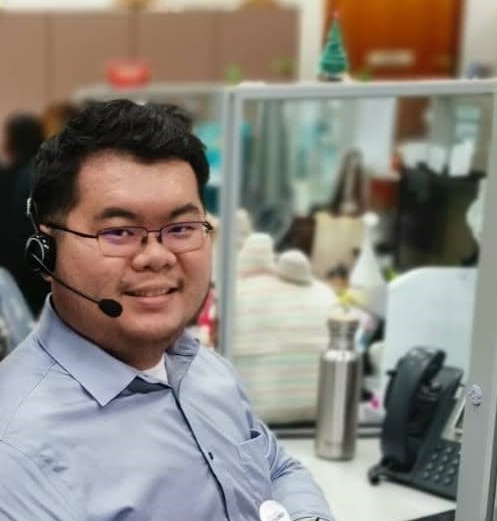 Tell us more about your encounter with Mr. Kim.

Sure! Mr. Kim called to check on the status of his withdrawal application that he sent online a week ago. However, when I checked, there was no application found. When he heard this, he sounded disappointed and anxious, because he needed the funds urgently.

As the fastest way for Mr. Kim to receive his funds is to use PayNow, I quickly visited his bank’s website to familiarise myself with the interface and find out how to set up PayNow, so as to guide him through the setup. I was under a bit of a time pressure since he needed his funds urgently.

I chose to personally guide him through the PayNow setup instead of asking him to seek help from the bank, because that would be faster. The time spent at the bank would have led to a delay, and it’s likely that by the time he could call me back, the call centre would have closed for the day. As such, he wouldn’t have been able to reach me on the same day to complete his application and receive his funds. Once the PayNow setup was completed, I guided him to submit his withdrawal application online.

How did Mr. Kim react after the whole process was completed?

He was very relieved that we could complete the set up together. Initially, he was at a loss for words. He said he was very grateful and thanked me for helping him, as it’s a very big thing to him and his family that he managed to get the funds. He said, “That's really kind of you and I am now aware of why I'm so proud to live in this country. Thank you so much."

What do you think is the biggest challenge for seniors like Mr. Kim when it comes to going digital? Why?

We get a lot of seniors who are a little hesitant to perform online transactions. Maybe it has something to do with the level of understanding they have; they may not be sufficiently familiar with navigating digital processes. They also worry that they might accidentally click on something that they never intended to click on and something bad might happen as a result.

From your own experience in helping seniors go digital, what advice can you give to younger folks who are helping their aged parents or grandparents do the same?

I think it’s important to share the benefits and security of online services with them, especially when it comes to government services. It’s worth the time to help them set up their Singpass – it saves a lot of hassle because all government services require it for login. The convenience and security of Singpass is also a huge plus. If they still feel unsure about Singpass, this simple analogy to explain how secure it is might persuade them: the two-factor authentication (2FA) that Singpass requires at login is like the main door of a house that has a gate in front of it. Even if the key to the gate is lost or compromised, there is still another lock on the main door to prevent people from entering the house.

Oh yes, one final thing – younger folks should always remind their parents or grandparents to keep their password to themselves and never reveal it to anyone! 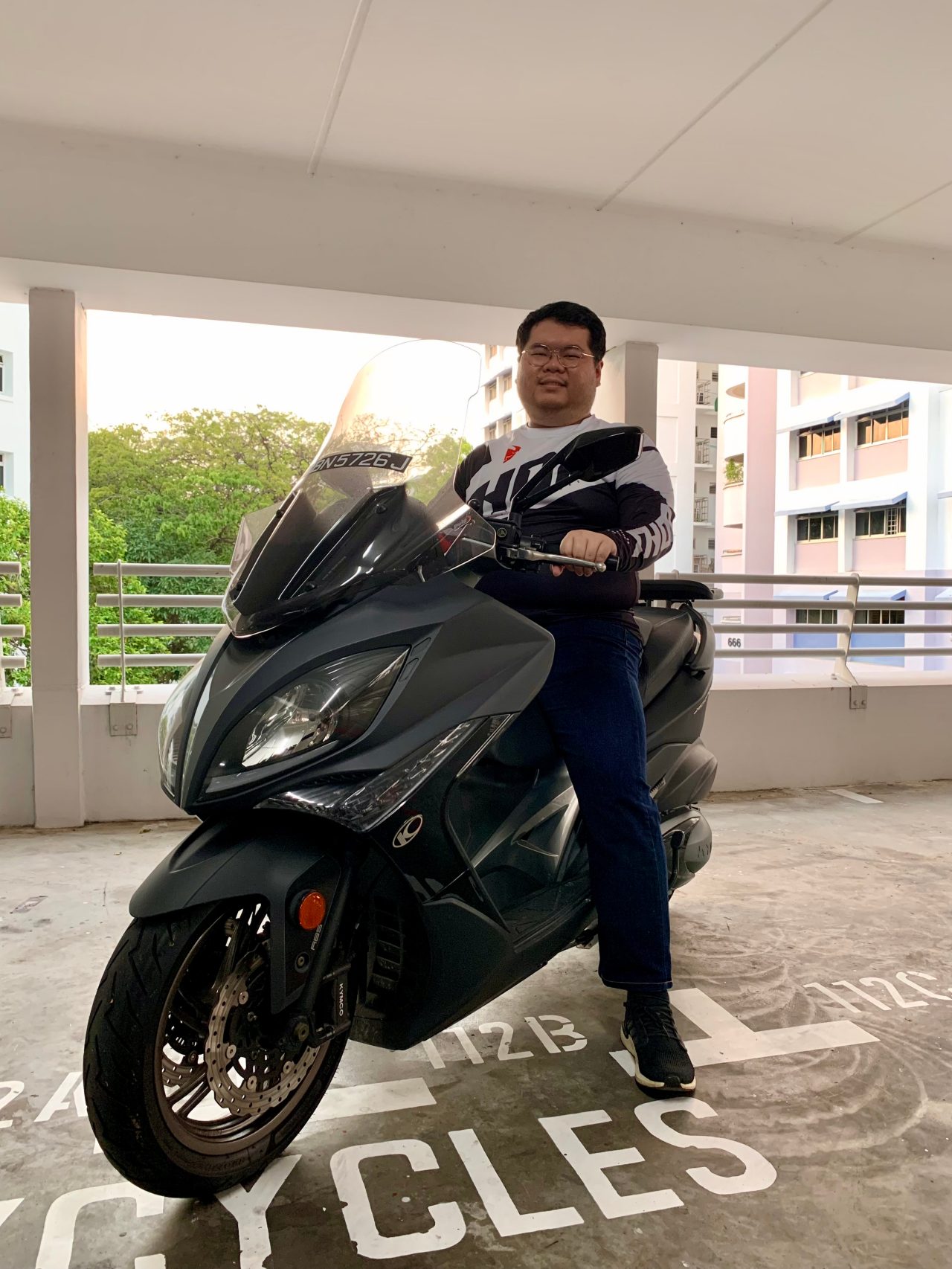 Wei Hao on his motorcycle, getting ready for a ride

How to make a CPF nomination

Confused about how to make a CPF nomination? Here’s what you need to know to make the process as quick and easy as possible! 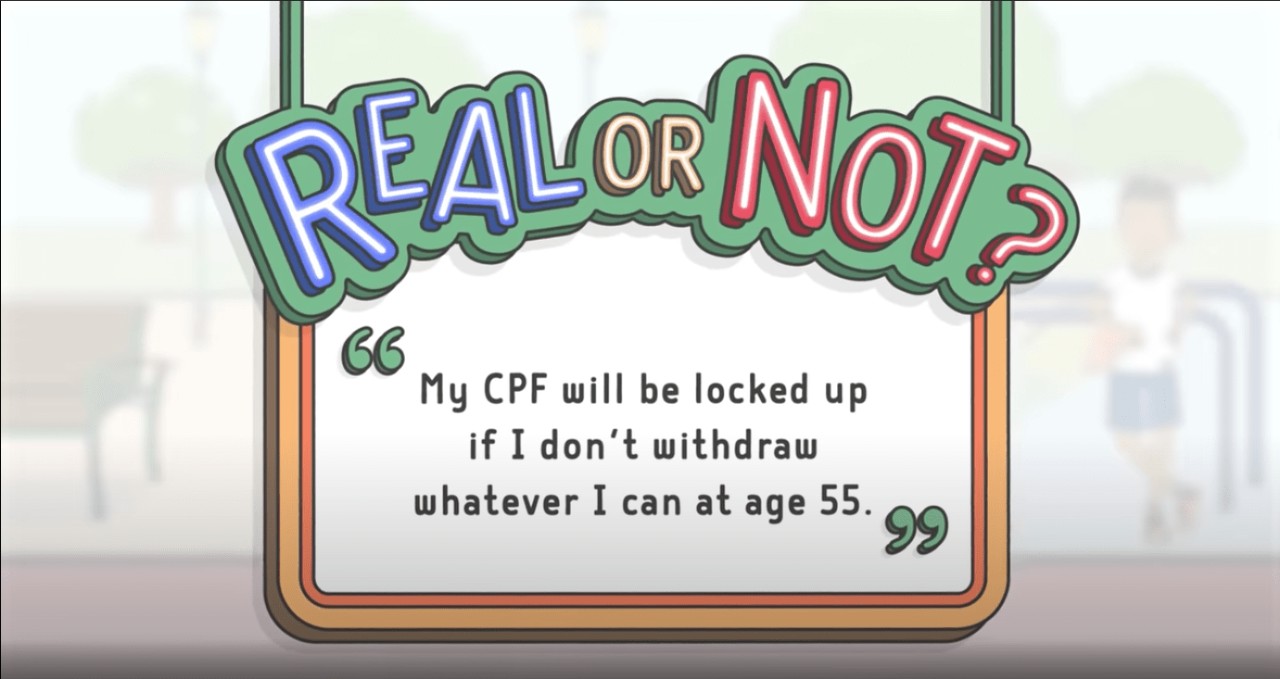 “My CPF will be locked up if I don’t withdraw whatever I can at age 55.” Is this true or false? Find out here.

How to make a CPF nomination

Confused about how to make a CPF nomination? Here’s what you need to know to make the process as quick and easy as possible!

“My CPF will be locked up if I don’t withdraw whatever I can at age 55.” Is this true or false? Find out here.